Many thanks to our judges who decided on this year’s finalists.

Brian joined Cadbury Schweppes in Birmingham in 1976 as a trainee salesman before transferring to their vending ingredients division in 1977, which then became part of Premier Brands in the mid 1980’s. After short spell running a motor dealership and becoming a candidate for the Conservative Party, Brian was head hunted to become CEO of AVS joining in 1993.

In 18 years as Chief Executive of AVS, a trading association of companies in the food and drink vending industry, Brian totally transformed the way Buying Groups did business with suppliers and each other with a series of unique agreements. At the same time, he served for many years as a Director on the UK and European Vending Trade Association Boards, the AVA and EVA until early retirement in 2014 and as non-executive Director of several independent vending business 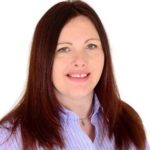 Louise Cummings is the CEO of  AVS, the UK’s largest vending buying consortia. 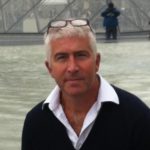 Having been involved in the industry for over 20 years having helped what was Zanussi Vending get started in the UK back in the mid 90’s, Simon assisted in the merger of Zanussi and Wittenborg forming N&W Vending Solutions. In the early part of the noughties, he ran the European arm of Crane Merchandising Systems before setting up the only vending specific recruitment company in the industry, FMCV.

Recently Simon joined forces with Andrew Bristow to buy a manufacturing business making hose and valves both here in the UKI and in our European HQ in Slovenia.

I am delighted to be asked to help judge these prestigious Industry awards, recognising the best in our industry.

Vending International’s feature’s editor Heather Ramsden is a freelance editor who has been working with Datateam Business Media for 10 years.

As well as her work on Vending International, she has worked on a number of trade titles in the publisher’s stable and is also currently editor of the leading HVAC title HVR.

Andrew Gleed CopyrightDavid entered the water cooler business in the UK in the late 1980’s with Perrier UK, which is believed to have pioneered the UK water cooler business with Buxton Springs Water Coolers and became the first UK wide water cooler company. His extensive career spanning more than 25 years continued, allowing David to gain a wealth of experience with companies such as Ionics (Aqua Cool), Greenworks Solutions and Eden Kafevend (Europe’s largest water and coffee company). Throughout his time in the industry, David has always given his time to help the industry trade associations: BWCA, EPDWA and EDWCA, and was one of the driving forces behind the creation of the EPDWA, later EDWCA. David is also one of the vice-chairs of the EDWCA.

Jonathan Hilder started his working life with Coutts Bank and then moved into instalment credit working with the likes of Barclays Mercantile, Rothchilds, Schroders and Siemens where he specialised in working with the vending Industry. Responsible for funding over £200m of vending equipment. He went on to consult in vending businesses in Eastern Europe, Israel and Brazil. He spent 5 years as the CEO of the Automatic Vending Association before return to his first love of photography in 2015.