Raising the profile of the industry: The Vendies features on BBC1’s The One Show 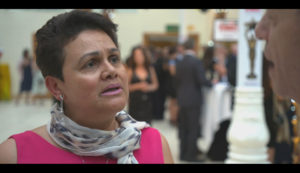 The Vendies was featured on one of the nation’s favourite TV shows last night, BBC1’s The One Show, taking the vending industry into the homes and hearts of around 5 million viewers.

Production company Topical TV, which makes a number of films for The One Show, contacted Vendies organiser Datateam Business Media earlier this year to confirm it wanted to go ahead with a film about the industry. And so, the journey began.

Ahead of the awards ceremony, the production team paid a visit to Karen Bruce at Uvenco, to find out how to vend the perfect cup of coffee and Damien Lee, a noodle lover on a mission to help time-poor people eat better food. Both featured in the film last night, showing people that there is much more to vending than meets the eye.

In fact, presenter Arthur Smith banished any myths about vending in the opening few seconds of the film, describing it as a “glittering world of sophisticated commerce, with awards for everything from Best New Product to Service Engineer of the Year.” Gold coins, live fishing bait, champagne, luxury cars in Singapore, Arthur simply couldn’t believe what he was seeing as he delved deeper and deeper into the industry. 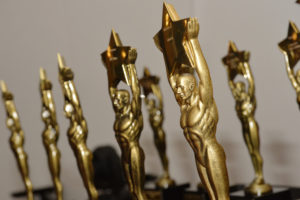 Pitching up at The Vendies, Arthur made a beeline for key members of the industry to find out more. Mark Lamble, national sales manager for Burts Chips explained the importance of this often, unseen industry pointing out that “people need food, drink 24 hours a day’’. David Albers, chairman of the EDWCA went on to explain that vending machines have been around much longer than we think, dating back to the first century when they accepted tokens and dispensed holy water. Next up was Vending International’s Jenny Thompson, telling Arthur that you can even get married in a vending machine – he was quick to tell viewers who might be tempted that “it’s not legally binding, of course!”

Datateam Business Media which organises The Vendies and publishes leading industry title Vending International is delighted. Publishing and event director Hannah Dedman comments: “As a media company, we are committed to providing a platform for the industry to flourish which is why we were so keen to work on this project. We are delighted that it has been shown for the innovative industry that it is on prime-time TV. Thank you to Topical TV and The One Show!”

If you missed The Vendies on The One Show last night, you can catch up on BBC iPlayer here 27 minutes into the programme!